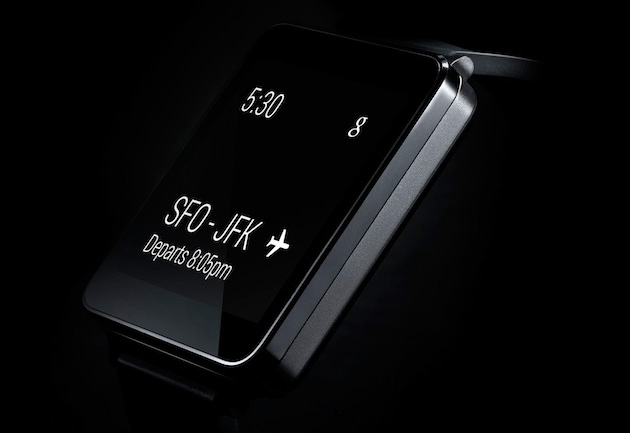 ENGLEWOOD CLIFFS, N.J., March 18, 2014 /PRNewswire/ – LG Electronics (LG) is working together with Google on LG G Watch powered by Android Wear™, which extends the Android platform to wearables. LG G Watch will be compatible with a wide range of Android™ smartphones and will present relevant information to users just when they need it or whenever they say “OK Google” to ask questions or get stuff done. As one of Google’s lead partners in this effort, LG is planning to introduce its first watch powered by Android Wear in the second quarter of 2014.

The LG G Watch powered by Android Wear will present a low barrier to entry for developers and offer the best Google experience for users. LG engineers worked closely with Google from the initial stages of development to ensure that the LG G Watch worked perfectly with Android Wear. This is LG’s fourth device developed in close collaboration with Google following the Nexus 4, Nexus 5 and the LG G Pad 8.3 Google Play Edition.

“The opportunity to work with Google on LG G Watch was the perfect chance for LG to really pull out all stops in both design and engineering,” said Dr. Jong-seok Park, president and CEO of LG Electronics Mobile Communications Company. “With the LG G Watch, LG is continuing the milestones we’ve set in wearables following in the footsteps of the world’s first 3G Touch Watch Phone in 2009 and the Prada Link in 2008. We’re confident that a well-designed device has the potential to take the smart wearable market by storm.”

“With wearables, we’ve only just begun to scratch the surface of what’s possible,” said Sundar Pichai, Senior Vice President of Android, Chrome & Apps at Google. “The potential in this space is exciting which is why we’re thrilled to work together with partners like LG to bring Android Wear devices to market.”

Additional details of the LG G Watch powered by Android Wear, including hardware specifications, will be announced in the coming months.

Android and Android Wear are trademarks of Google, Inc.

About LG Electronics Mobile Communications Company
LG Electronics Mobile Communications Company is an innovator and trend leader in the global mobile communications industry. LG is driving the evolution of mobile forward with its highly competitive core technologies in the areas of display, battery and camera optics and strategic partnerships with noted industry leaders. LG’s consumer-centric products — including the flagship premium G Series models — incorporate unique, ergonomic designs and intuitive UX features that enhance the user experience. The company remains committed to leading consumers into the era of convergence, maximizing inter-device connectivity between smartphones, tablets and a wide range of home and portable electronics products. For more information, please visit www.LG.com.