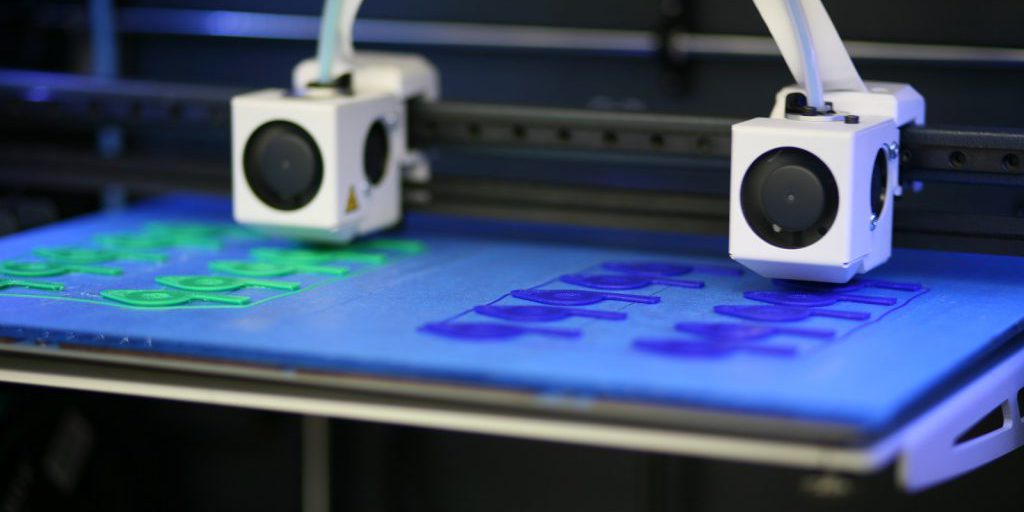 More recently, mankind has only dreamed about the ability to reproduce a broken tool, the desired bolt or part at one click of a button. Now it has become absolutely real with a 3D printer. 3D printing technologies are increasingly opening up incredible opportunities for creativity, business and even medicine. Using a 3D printer, a part modeled on a computer turns into a three-dimensional object that fully complies with the required parameters in a short time. Today, together with Pro-Papers, we’ll discuss the advantages of using 3D printing, where this technology is used today, as well as the prospects for the massive introduction of 3D printing.

What is the advantage of using 3D printing?

Record speed, ease of use (even a person without special knowledge will be able to use the device in everyday life), low cost. All this makes you think about the mass exploitation of printers. Indeed, in order to create all these details manually, it will take at least 2 weeks, or even a month, depending on the complexity of the item. Due to this the time of production increases, as well as the cost. In addition, printers are able to completely replace manual labor, eliminating any kind of error.

In order to print an item on such a printer, a digital model of the object is created, then this model is processed by a special program, transforming it into code that is understandable for the printer. Then the printing itself begins. Special plastic is superimposed in layers, forming a real prototype of a digital 3D model. That is, the thicker the layers, the lower the resolution.

Industrial production. Production of new products begins with the creation of models (prototyping). Making a prototype in the traditional way is a long, laborious and costly process. With the help of a 3D printer, any model with flawless accuracy of specified characteristics can be created in the shortest possible time, which significantly speeds up the launch of mass production. At the same time there are no restrictions on the number of models or parts produced.

Small volume manufacturing. 3D printing provides unlimited opportunities for opening your own business – the production of toys, exclusive souvenirs, large letters for outdoor advertising, spare parts and many others. In addition, using a 3D printer can produce molds for the production of large batches of products by casting.

Architecture. Detailed layouts created by 3D printing, contribute to the ability to identify all the shortcomings of the project before the start of construction work.

Prospects for the massive introduction of 3D printing

The prospects for 3D printing are extremely promising. Scientists are actively developing existing 3D printing techniques, developing new technologies and types of materials, and finding new areas of application. Many people call 3D printing technology of the future, and for good reason. The technique can completely reverse the usual way of life, changing the way of production of most goods. In fact, a 3D printer is a real multifunctional factory, small and compact. Due to this, the future of 3D printing can definitely be called successful.

If you try to imagine the future of 3D printing, imagination will draw a rather interesting picture. Given the great interest of scientists in the method of 3D bioprinting, which represents one of the most promising 3D printing technologies, the production of artificial organs on a 3D printer is not far off. We can also say with confidence that the future of 3D printing will bring fundamental changes in such areas as:

Building. 3D printing of houses, or contour building, attracts many with its futuristic and simple. The first steps in this direction have already been made. The pioneers in the 3D printing of houses were the Chinese, followed by the contour building discovered by the government of Dubai. The first 3D printed office building has already been built in this city of the future, and in the near future it is planned to print a whole block;

Electronics. Listing the prospects of 3D printing, this item should be given special attention. Scientists believe 3D printing of electronics will become the future manufacture of digital devices, and not without reason. Currently, studies are underway on the properties of graphene and its application in additive manufacturing. A huge breakthrough in this area is the creation of a graphene battery with unlimited service life on a 3D printer;

Automotive and aerospace industry. The future of 3D printing is largely based on its ability to reproduce virtually any element of varying complexity. In this regard, now 3D printing is widely used in the development of aircraft, cars and satellites. The ISS even has its own 3D printer, not to mention a number of successful 3D printing results for cars.

Pharmaceutical industry. Can you imagine? The future of 3D printing is in the manufacturing of tablets and other drugs. Today, there are tablets for epilepsy legalized in the US, made by a special method. The essence of this 3D printing perspective lies in the gradual release of active substances, so that instead of a lot of pills, you can drink only one.

Food industry. 3D printers for food printing gradually conquer space in cafes and restaurants. Although this is probably one of the wildest 3D printing technologies, the potential is also embedded in it. Food 3D printers are especially interesting with the possibility of making food for astronauts, as well as the freedom of culinary talent.

As you can see, today the scope of 3D printers has no boundaries. This device is undoubtedly a huge step of humanity into the future, which will soon facilitate the mass of monotonous and complex work, making it fast and cheap.