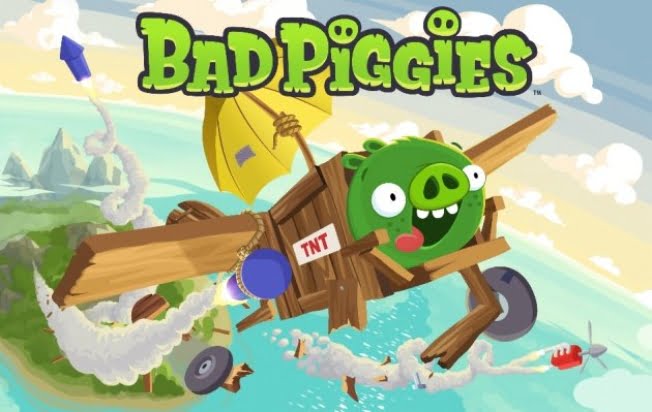 Rovio Entertainment’s ‘Bad Piggies’ Breaks Records
ESPOO, Finland, October 3, 2012. ‘Bad Piggies’, the newest game from ‘Angry Birds’ creator Rovio Entertainment, reached #1 in the US iTunes App Store just over three hours after its September 27th launch, making it the fastest rise to the top of the charts for a Rovio game. The game has been well received by fans, with universal acclaim from gaming press and mainstream outlets alike.
‘Bad Piggies’, which lets the players take control of the green pigs familiar from the ‘Angry Birds’ games, is also Rovio’s third #1 bestseller release in a row during 2012, following ‘Angry Birds Space’ and ‘Amazing Alex’. Both of the previous titles reached the #1 slot on the App Store charts within the first day of release, but ’Bad Piggies’ smashed previous Rovio records with its three-hour surge to the top.
‘It’s been an incredible launch, both for the game and for “Bad Piggies” as a brand,’ said Mikael Hed, CEO of Rovio. ‘We have an amazing audience who have shown fantastic support for all of our games throughout the year. Our fans have given “Bad Piggies” an incredible reception – we can’t thank them enough!’

The release of ‘Bad Piggies’ was celebrated worldwide, with launch activities in London, Taipei, Shanghai, and Hong Kong. A giant King Pig floated over London’s Battersea Power Station, and Shanghai’s Citigroup Tower and Taipei’s 101 Tower turned green all night on September 27th.
In the next few weeks, ‘Bad Piggies’ will get the first free update, with a new episode titled ‘Flight Into The Night’, containing more levels, unlockable content, and exciting plot twists in the pigs’ quest for the eggs.
For more information and pictures, please visit http://www.rovio.com.
About Rovio Entertainment
Rovio is an industry-changing entertainment media company headquartered in Finland, and the creator of the globally successful ‘Angry Birds’ franchise. ‘Angry Birds’, a casual puzzle game, became an international phenomenon within a few months of its release, and is now the number one paid app of all time. ‘Angry Birds’ have expanded rapidly in entertainment, publishing, and licensing to become a beloved international brand.